Man, oh man…a lot of stuff went down in the last 24 hrs., and I have to write my humble opinion about it all.  Before I watched the epicness that was the season finale of “Game of Thrones,” I made it my business to check out the 2016 BET Awards, considering the shade they threw towards Madonna’s Prince tribute a month or so ago (see the above picture).

The majority of the show was entertaining.  I loved Anthony Anderson and Tracee Ellis Ross’ version of Hamilton (I have to see this play).  Beyoncé gave a stunning (and water filled) performance of “Freedom,” then quickly bumped out, as my future father-in-law Ice Cube would say.  I caught Maxwell givin’ Taraji the side eye during her monologue: 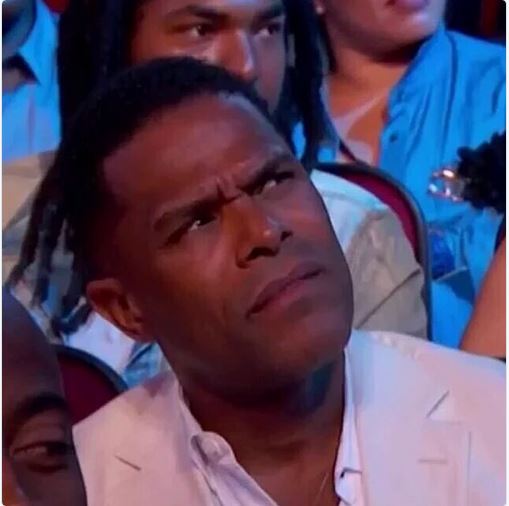 I knew that look was gonna become an internet meme.  My boo O’Shea Jackson, Jr. didn’t win best actor (boo!), but Straight Outta Compton won best movie (yay!), and a bunch of musical artists that I never really heard of (other than Drake) won a bunch of awards.  I got to see Fat Joe and Usher perform (separately, not together), which was sweet.  Every few moments, the celebs would come out and remind us how important our vote is (which it really is), and even mentioned how Brexit basically proved that.  Gabrielle Union’s hair and all her outfits were fierce.  Samuel L. Jackson won the much deserved Lifetime Achievement Award.  Oh, and there’s gonna be a New Edition movie coming out soon along with a new Morris Chestnut stalker film.  Like I said, all that stuff was entertaining.  But what really made my night were the Prince tributes (which was my main reason for watching the show), and Jesse Williams’ acceptance speech. 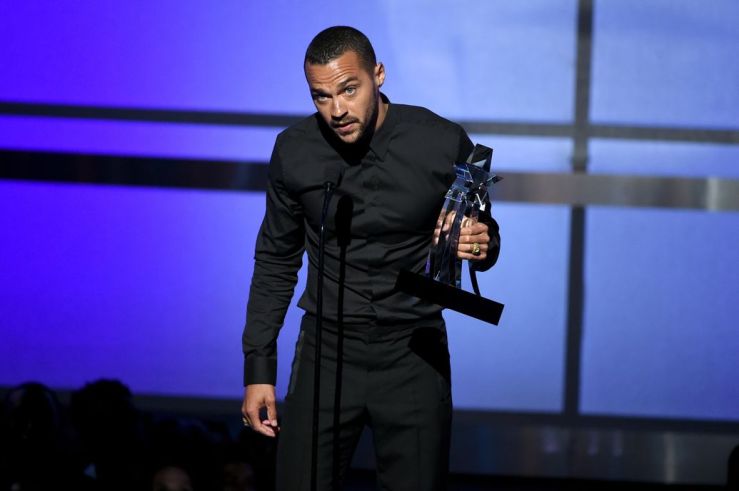 Before I talk about the Prince tributes, I wanna touch on Jesse’s speech.  Prior to last night, I basically knew Jesse Williams as “the hot black guy from Cabin in the Woods.”  I stopped watching “Grey’s Anatomy” after Izzie starting having sex with Denny’s ghost and George got hit by a damn Greyhound bus, so I’m not familiar with Jesse’s work on that show.  However, his appearance at the BET Awards converted me into an instant fan.  Last night, Jesse was presented with BET’s 2016 Humanitarian Award for his work in the #BlackLivesMatter movement.  His acceptance speech blew me away.

My blog isn’t a political one, but as always, I have to keep it 100%.  Jesse’s speech was full of truth.  He spoke on how black men should treat black women as the queens we are, how we as a people shouldn’t waste so much of our money just to have a brand on our body (i.e. breakin’ our necks just to have the new Jordans or the new Apple Bottoms…nothing against those designers, and yes, it’s good to want nice things, but some of us focus a little too much on that).  Then he spoke at length on how police officers have been known to refrain from using excessive force with Caucasian citizens, and should learn to do the same with African-American citizens.  He also went on to say that folks that don’t agree with the movement and don’t care about black rights shouldn’t criticize the ones that do.  Man, I felt the spirit when I heard this guy speak!  I love this man.  I even took the time to post something about it on Facebook:

I noticed that Jesse was trending on Black Twitter earlier, until poor Justin Timberlake posted how he was inspired by the speech.  Then the former *NSYNC front man was unnecessarily drug through the mud for cultural appropriation and for later responding that “we’re all the same.”  Some of them even brought up old ass Nipplegate.  Lord.  If y’all want to watch Jesse’s speech or read of transcript of it, go to this site.

Now onto the Prince tributes…they were slammin’!  I saw Madonna and Stevie Wonder’s tribute at the Billboard Awards, and it wasn’t as horrible as most folks made it out to be, but at the same time, it didn’t hold a candle to the tributes that aired last night.  They weren’t just the best Prince tributes this year…they were best tributes to one of this year’s deceased musical artists, period. 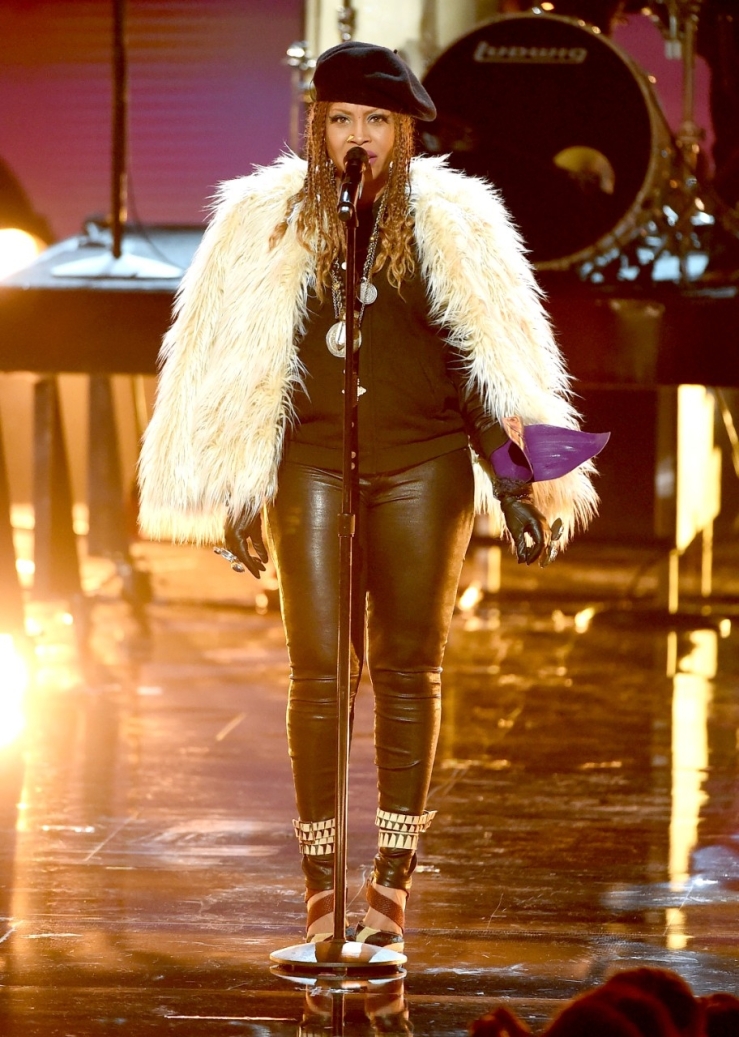 First, Erykah Badu performed “The Ballad of Dorothy Parker.”  I’m not gonna lie, I never really listened to that song before (I vaguely remember hearing it briefly years ago, I think), and neither did my mom or my aunt, and my mother’s been a fan of Prince since he began his professional career back in 1978.  The performance was great however, and I was exposed to a new Prince song!  But I have to address something…some smarty pants on Facebook (that’s not a friend of mine, by the way) was talkin’ out his neck about how some folks didn’t know the song but claimed to be real Prince fans.  Smart guy, there’s thousands—and I do mean thousands—of Prince songs out there that I’m sure most folks haven’t heard, including yourself.  Even the biggest fans out there haven’t heard every single song, due to the fact that Prince has a vault full of twenty to thirty years worth of unreleased tracks.  Let’s not forget, some folks simply may not have listened to every single album that Prince ever released (I think he has about twenty of them out there).  So Daddy Cube, please tell that big mouth what he can do.

Anyway, after Erykah performed, newcomer (or at least he’s a newcomer to me) Bilal immediately came out and performed “The Beautiful Ones.”  There’s two things I really loved about all these tributes:  one, they occurred throughout the show and featured more than one or two artists doing it all at once like other award ceremonies.  Secondly, the songs that were picked weren’t the most obvious choices for a Prince tribute.  You automatically assume “Purple Rain,” “Kiss,” “Diamonds and Pearls” and “Let’s Go Crazy” will be played for a Prince tribute, but it was nice to also hear some of the other songs that we love for a change.  Steve Harvey took the same approach on his radio show the morning after Prince passed.

I don’t know anything about Bilal, but he definitely seems like a talented brother.  His performance was one of the best ones of the night, and he went all out.  Not only did he write on the floor during the climax of the song ala The Kid in Purple Rain, but he even went so far as to wear boots with a heel (the heel wasn’t quite as high as Prince’s though).  The entire time Erykah and Bilal were performing, The Roots were playing behind them as the backing band.

Next, Stevie Wonder and Tori Kelly (another newcomer for me) performed a sweet rendition of “Take Me With You,” which I think may have surpassed the original.  No disrespect to Apollonia, but she never really had much of a singing voice, in my opinion.  I always liked “Sex Shooter,” though (you still my girl, Apollonia!).  Jennifer Hudson came out afterwards in a sleek, short, ivory white trenchcoat with a hoodie and sang the best outside version of “Purple Rain” I’ve heard yet (sorry, Adam Levine). 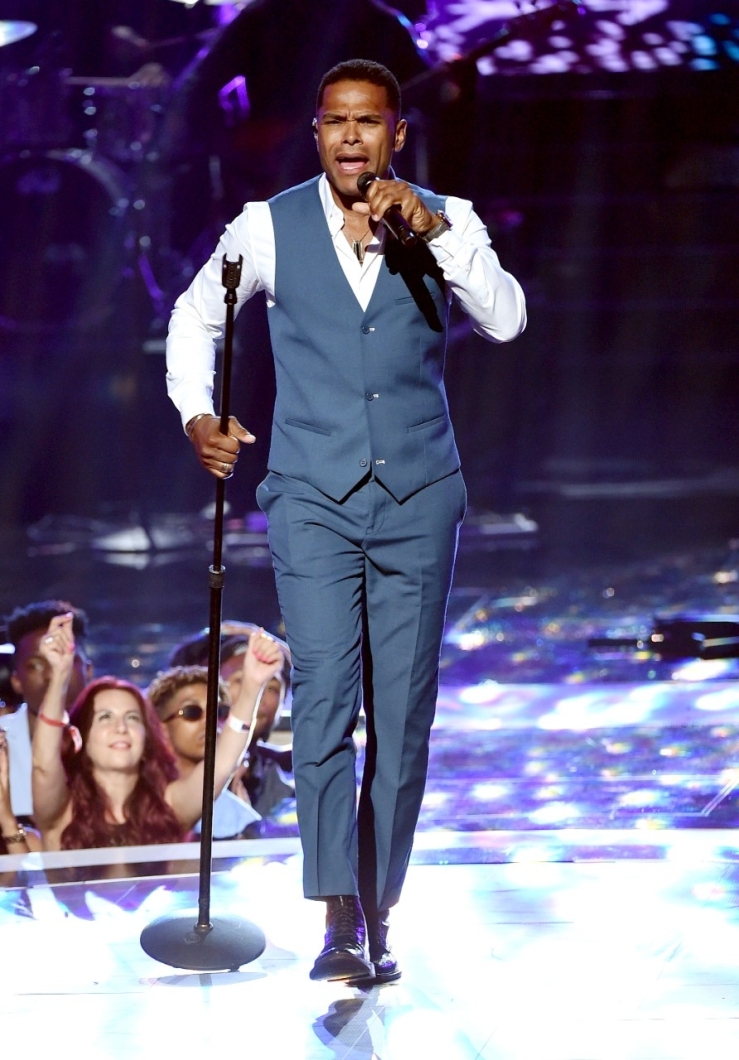 Later in the night, Maxwell, the King of the Side Eye himself, performed “Nothing Compares 2 U” after singing “Lake By the Ocean” (which for some reason reminds me of “Bad Habits”).  I noticed that Maxwell changed the first line of the song to “It’s been seven hours and 66 days since you took your music away” (it’s been over two months since Prince passed), and retrofitted most of the song to convey how much the world missed Prince.  It was a butt kickin’ performance, and no disrespect to Madonna, but I enjoyed Maxwell’s version a bit more.  However, BET just couldn’t resist throwin’ a bit more shade…

Janelle Monae appeared next and performed a medley of “Delirious,” “Kiss,” “Pop Life” and “I Would Die 4 U.”  Of course, she shut the place down as she recreated Prince’s dance moves, and even paid homage by wearing Prince’s signature stacked heels and buttless pants.  Anthony Anderson made sure he wasn’t outdone, though. 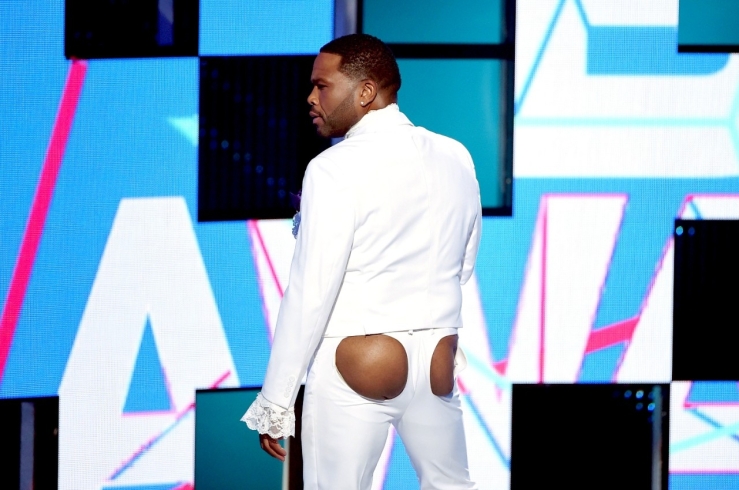 Last, but definitely not least, was Shelia E.’s tribute.  My girl started her show with the classic song “Housequake” and segued into “Erotic City,” her and Prince’s legendary duet (one of my favorites!  As dirty as that song is, I’m surprised they allowed it!).  Mayte joined the dancers onstage, and I couldn’t help but notice that they were all barefoot.  Part of me wonders if there was a reason behind that.  Shelia publicly came out and said that dancing in four inch heels for so many years is what ruined Prince’s knees and hip, and caused him to be in intense pain as he became older.

After playing a few bars of “Let’s Work” the medley went into “U Got the Look,” a song Prince and Shelia used to perform together all the time (that’s my jam!).  Then Shelia performed two songs that kind of had me scratching my head…”Love Bizarre” and “The Glamorous Life.”  Don’t get me wrong, I love those songs, but they’re technically Shelia’s songs, not Prince’s.  He wrote them and performed them with her from time to time…well, then again, I guess that’s reason enough.  She loved this man with all her heart and probably cherished every moment they spent together writing and performing songs.

Shelia then broke out her guitar (I didn’t even know she played the guitar!) and played “America” (another song I’m not 100% familiar with because I never listened to Around the World in a Day in its entirety…once again, I think I heard it once or twice back in junior high), which led to “Baby, I’m a Star” and who came out?  Jerome!  Man, if Morris showed up, it’d be on and poppin’!  The tribute ended with Shelia carrying one of Prince’s guitar’s lifted to the sky, as all the dancers and musicians pointed upward at the heavenly angel they were commemorating.  Mayte had her other arm wrapped around Shelia.  It was two of the women he loved most standing center stage.  A fitting send off if ever there was one.

Ms. Escovedo proved last night that she’s anything but irrelevant.  I loved all the performances, but Shelia silenced all haters, just like I knew she would.  D’Angelo was also supposed to come and do a tribute performance, but after seeing all these folks do their thing, I can’t say I missed him.  Besides, his rendition of “Sometimes It Snows In April” on “The Tonight Show With Jimmy Fallon” a few months ago was a fitting memorial to The Purple One.  I give props to everyone that contributed to the tribute performances last night, and I give major props to Jesse Williams’ speech.  They all made for a very memorable awards show.  I loved it.

So what did you think about all of Prince’s tributes?  Were they history in the making or all just overhyped?  Did you like them more or less than Madonna’s tribute?  What about Jesse Williams’ speech?  Was he giving you life with that speech or just getting on your nerves?  Did you miss D’Angelo?  Did you wish some other artists contributed to the Prince tribute?  Also, what did you think about the song choices?  Would you rather hear more of Prince’s bigger hits, or did you like that they went with the more semi-popular songs?  Lastly, what do you think about BET’s constant shade?

Damn, that was a read.  Your thoughts, please!

3 thoughts on “Prince Tributes and Preachin’ Truth At the 2016 BET Awards!”