The end of an era came when Fox’s hit show Empire aired their season finale the night of Apr. 21, 2020.  After six years of viewership, I watched the conclusion of the Lyon family  saga (sans Jamal), and it absolutely sucked.

Truth be told, this season was the weakest out of the entire Empire series, even more so than season two, and as my oldest readers know, I went in on season two in my very first blog post.  Season six had a sharp decline in quality that made it difficult to watch, but considering that I’d been a faithful fan this long, I decided to hold out.  Nonetheless, I found my reserve weakening and I started caring less about the show as it neared the fall finale.  Thankfully, the episodes improved a bit after Empire returned for the second half of the season, and it looked like there was hope for the series finale yet.  Then the finale aired a few nights ago.  Yikes!

As usual, I’m going to break down why this final season—as well as the series finale—was such a dud.  Let’s do this thing.

Season six started with Lucious and Cookie at each other’s throats…again.  Andre had a psychotic break…again.  We endured Hakeem being a brat…again.  Y’all see where I’m going with this?  The Empire showrunners have gone through these tropes so many times, it’s no longer interesting.  It’s annoying and tired, especially given the fact that Cookie’s anger towards Lucious this go around wasn’t really warranted, at least not at the very start of the season.  Also, the same tired tropes show that no real character development occurred.  Each time the writers tried to implement some change in the characters, they went right back to their old ways.  What irked me the most is that the writers decided to shit on the positive attributes Lucious gained from the past seasons and turned him right back into a colossal asshole for the first half of season six.  Fix it, Jesus. 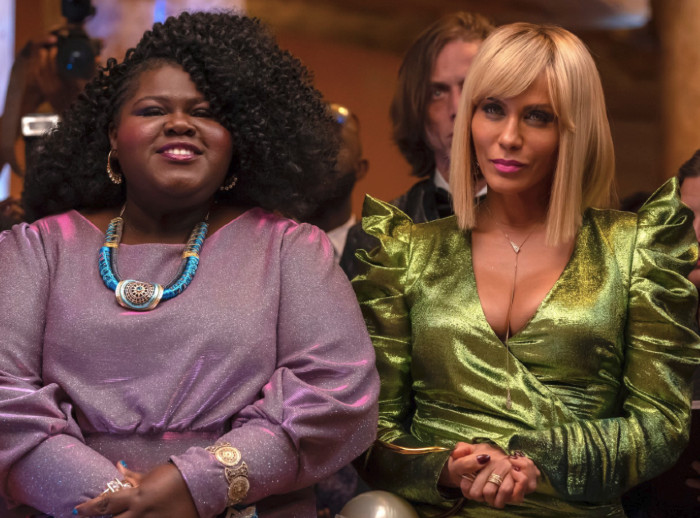 Last season, Empire introduced an interesting side plot with former A&R head Becky and former Empire CEO Giselle Barker starting their own label, Bossy Media, which was spearheaded to be a platform ran for women, by women.  Real cool.  Here’s the issue, though:  the Bossy storylines damn near took over the entire show.  During the first part of the season, I saw more side plots regarding Giselle and Becky’s issues with Bossy than I did with the Lyon family.  The writers eventually found a way to seamlessly mesh the Bossy and Lyon stories together by having Cookie join the ranks of Bossy Media.  However, the previous drama surrounding the new company took away time we could’ve spent on the folks we came to see:  the Lyons.  It’s reminiscent of how Outlander’s fourth season put Roger and Brianna on the forefront and made Claire and Jamie supporting characters on their damn show.  If Lee Daniels and the crew wanted to make a Bossy Media spinoff, that’s fine, but they should’ve remembered who brought the viewers to the show in the first place and placed more focus on them.

Something else I hated about this season was the horrible treatment Cookie received from her colleagues and so-called superiors from her TV show (I couldn’t find the actual name of the show, and to be honest, I don’t even care that much).  As you all know, Cookie joined a panel discussion TV show similar to The Talk, where she was the sole black woman cast.  The Caucasian panelists went out of their way each episode to irritate Cookie, and whenever the latter lashed out, the producers would chide her, which eventually led to her being forced to take therapy sessions for her “bad attitude.”  Of course, the women that instigated the blow ups would never face any type of reprimand, even though they would never miss an opportunity to humiliate Cookie on air.  And why would they be reprimanded?  After all, there were times that the producers encouraged the other women to antagonize Cookie.

This narrative irked me to my soul.  These folks would purposely disrespect Cookie to incite a reaction, but when they got the reaction they were looking for, she’s the one that needs therapy?  Give me a break.  Yes, Cookie is loud and quick tempered, and although that’s one of the things we love about her, I’ll admit that at times it was stale and/or unnecessary.  I’ll give the showrunners credit for making Cookie’s character open to therapy, but the way they went about it left a bad taste in my mouth.

Or Jack Black’s in I Still Know What You Did Last Summer.

Where You At, Hakeem?

We all know why Jamal was MIA this season, but where in the world was Hakeem?  One of the other reasons Hakeem’s character development was stunted (yet again) in Empire’s final moments is because for most of the season he was absent.  But for some particular reason, the powers that be couldn’t get enough of Tiana.  *Sigh*  Anyone that knows me knows that Tiana was never my favorite character on Empire.  When Hakeem did make an appearance on the show, it was either a five minute cameo, him being his usual bratty self, performing a new song for whatever, or all of the above.   According to Cinema Blend, the showrunners explained that Hakeem was missing in adherence to the Empire movie plot line (remember Hakeem played Lucious in an Empire film); apparently, he was in Los Angeles shooting scenes for the film.  Funny…that was never addressed in the show verbally or otherwise, and whenever they showed Hakeem filimg scenes from the Lucious Lyon movie, he was right there in New York.  I call bullshit. 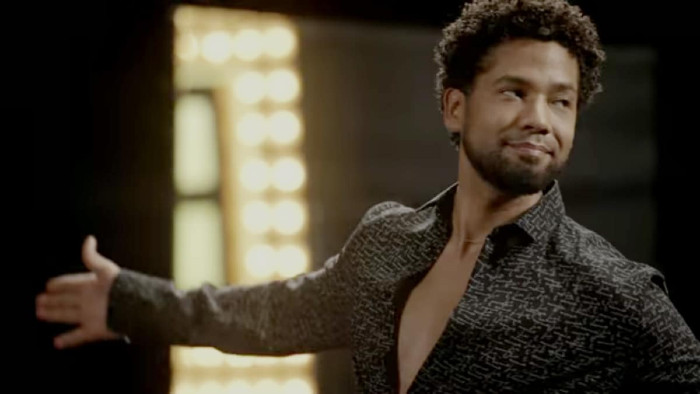 When Jussie Smollet got in trouble last year, I figured his actions would cause him to lose his role as Jamal on Empire, and I was right.  I also figured that if Jamal left the show, it’d suffer (I even mentioned that if Jamal left the show, I’d probably stop watching Empire, seeing as he was my favorite character), and I was right about that too.  Once Jussie was removed from the series, it lost its way.  It’s like the showrunners didn’t know what to do with the characters, Hakeem especially.  Instead, they opted for more off the wall storylines, extended focus on secondary characters and tired old tropes, and as a result, the first half of the season was decidedly bad.  SMH.

Getting Back On Track…Just to Hit a Wall

As I said before, the second half of season six was a lot better than the first half.  Yeah, the plot was still off the wall—namely Andre’s storyline—but at least Cookie and Lucious were being civil, Hakeem’s appearances were a bit more frequent, the Bossy Media/Lyon scenarios were more cohesive, and the show was entertaining again.  This allowed me to have high expectations for the finale, but they were soon dashed.

Granted, I missed the first few minutes of the series finale, but I saw watched most of it, and what I saw was anti-climatic and weak.  It felt like just another episode of Empire—a true-to-life filler episode, at that.  Just a bunch of performances, a weak ass fight between Lucious and Damon Cross (that ended way too easily), Cookie suddenly realizing that Lucious is the love of her life (I mean, I wanted them to get back together too, but the way it was handled was so contrived) and her embracing herself as Loretha “Cookie” Lyon instead of just Cookie Lyon (I always hated Cookie’s real name).  Whatever.

Then Empire committed one of my biggest pet peeves during the finale:  storylines that went nowhere.  During the first half of season six, the showrunners decided to rehash the same technique they used the prior season by revealing a big event that would occur in the near future.  This time, we learned that Lucious got shot and Cookie’s car exploded while she was still inside the vehicle.  We were reminded of Lucious and Cookie’s fate damn near every episode, and there were even possible suspects in the running:  The DuBois family, Freda Gatz, Damon Cross, White Tracy and David Banner’s character (forgot his name, too).  Each episode would bring us closer to learning who attacked Lucious and Cookie, and whether or not they actually survived.  Other than Tracy and Damon being ruled out as the perpetrators, nothing from this buildup came to fruition.  No one was shot.  There were no explosions.  We don’t see anything else regarding Lucious’s other enemies.  To be honest, the episodes leading up to the finale seemed to drop the “murder” plot altogether.  The only real bit of conflict that came to a head was that sorry five-minute scuffle Lucious and Damon had.  *Sigh*

I guess I should be happy about one thing:  the writers actually remembered that Lucious has a bum leg and let him use it.

Another plot that went nowhere was Andre’s.  After Andre recovered from his DID episode (which was pretty much a slap in the face to real sufferers of dissociative identity disorder), he tried to make peace with his wife and have a relationship with his son again.  Of course, Teri wasn’t having that, and Andre decided to flee the country.  Hakeem, in a rare show of maturity, convinced Andre to fight for his child.  We later saw that Andre made up his mind to stay in New York, but we never got any answers when it came to obtaining custody of baby Walker.

Multiple news articles state the wack finale we received wasn’t the one we were supposed to have.  The real finale—the one that actually ties everything up—couldn’t be filmed due to the COVID-19 outbreak, so the showrunners decided to piece together what they had to create the official ending to Empire.

I get the pandemic ruined the shooting schedule, but giving the audience this uneven, feeble drivel wasn’t the way to go.  If anything, the network really should’ve billed the last episode as a regular season finale (and if I’m being real, this mess was weak even by season finale standards), and later air a two hour movie to tie up loose ends, a la Being Mary Jane.

Just like with Game of Thrones, it was especially hurtful to watch a great show for so many years just for it to destroy its legacy with a wack season and an even wacker finale.  Yes, there were some good episodes during Empire’s final season, but six or seven good installments out of 18 is far from a success.  Was it as bad as the Game of Thrones final season?  Not quite.  Although Empire did a shitty job at developing growth in their characters, at least they didn’t completely destroy them.  Nonetheless, nearly everything else about season six was pure garbage.

So what did y’all think about the final season of Empire?  Was it a great way to end the show, or was it trash?  Did you watch Empire from start to finish, or did you leave the series alone after a while?  If you did, what season made you give up on the show and why?  Did you enjoy the series finale?  Is it understandable that they had to piece together other episodes because of the COVD-19 pandemic, or should they have waited to air the real finale?  Let me know in the comments section!