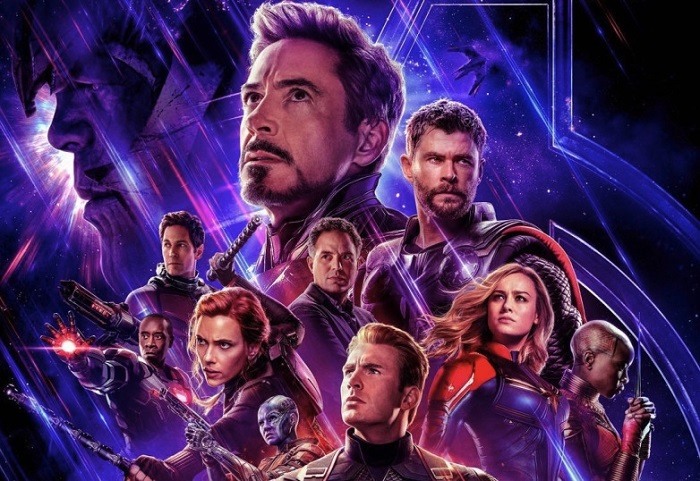 When I walked away from Avengers:  Infinity War last year, I was floored.  The movie was powerful and exciting, but did the masterful job of reining it in just enough to prevent the film from being absolutely ridiculous.  When Thanos snapped his fingers and made half the world turn to ash (I’m assuming you’ve all watched Infinity War by now and you know what happened), I couldn’t wait to see the next installment.  Y’all can imagine my excitement when the premiere weekend for Avengers:  Endgame finally arrived.  However, when I walked out of the theatre this time…I was severely disappointed.  No, that’s a lie.  I was pissed off.

The movie begins a few weeks after the events of Infinity War.  Tony and Nebula are floating in space with their oxygen levels running low, and the other remaining Avengers are on Earth, trying their best to think of a way to find Thanos and possibly undo his “finger snap.”  Hopefully, with Captain Marvel’s help, they’ll be able to take down Thanos and bring their friends and loved ones back…or so the previews would have you believe.

No, I’m not upset about the previews being slightly misleading.  That happens almost all the time.  Besides, I’d rather watch a trailer that gives me a bit a misdirection instead of one that tells the entire damn film in two minutes.  I’m angry because this movie was poorly executed, did a grave disservice to some of the characters, and contained horrid plot points that made the hair on the back of my neck stand up.

Seriously, I haven’t been this upset after watching a Marvel film since I viewed Age of Ultron back in 2015, and as much as that film irked me, Endgame irritated 10 times more.  Ironically enough, a friend of mine and I were talking a few days ago about The Avengers franchise, and she was telling me that she didn’t like Infinity War because the plot was all over the place.  I have to disagree.  That doesn’t describe Infinity War, but it describes Endgame to a T.  First the plot drags, then it picks up, then towards the end it becomes a complete hot mess.  I’ve said it once, and I’ll say it again, having too much of a good thing does exist, and OMG…the Russo brothers completely forgot that aspect when they directed the climax of the film.  That’s another thing that’s bugging me:  this is another film directed by the Russo brothers.  They did such a wonderful job with Captain America:  Civil War and Infinity War, that I believed they had Endgame in the bag.  Not the case.  And that ending?  Lord, have mercy.

I can’t say that I hated everything about Endgame.  There were some action scenes that were exciting and the movie had a few jokes that landed.  I loved the special effects, especially the way they de-aged Michael Douglas (who reprised his role as Hank Pym) and aged another character, whom I can’t mention.  All the actors did a great job, as usual.  However, I have a gripe against one member of the cast, and that’s my sweetheart Chris Hemsworth.  Yes, that Chris Hemsworth.  I recently learned that Chris was responsible for Thor’s character arc in this film, and if that’s true, he needs to stick to what he does best and keep his fine ass out of the writer’s room.  For real.  Y’all remember how Thor shined in Infinity War and handled his grief with grace and dignity?  Yeah, all that got crapped on in Endgame.  Thanks for ruining my favorite MCU character, boo.

Last but not least, here’s a very slight spoiler for y’all:  Endgame has no post-credits scene, so don’t bother wasting your time looking for one after the film ends.  It’s true, Infinity War didn’t have one either, but I really needed one for Endgame…just to have a small glimmer of hope.  I won’t say why that is.

Judging by the the majority of the audience I viewed the movie with, along with the numerous tweets I’ve seen so far, a lot of people loved Avengers:  Endgame just as much—if not more—than they did Infinity War.  I am not one of those people.  In my humble opinion, Endgame was the head captain of Team Too Much, with a wack ass ending to boot.  With that being said, although I don’t recommend the movie, I’m not going to tell y’all not to see it.  I can understand why some people may find it a fitting end of an era, so you’ll have to determine for yourselves whether or not it’s a benefit to the MCU canon or a detriment.   Me personally, I found the majority of the film to be ludicrous.  I expected better of the MCU, I expected better of the Russo’s…I just expected better.

So did you enjoy Avengers:  Endgame, or did you agree with my review?  Would some of you like me to post another assessment that includes spoilers so you can get more insight into why I disliked the film so much?  If you liked the film, what was your favorite part, or what did you love about the movie?  If you didn’t like Endgame, why?  Are you sad to see the MCU as we know it end?  Please let me know in the comments section!

6 thoughts on “I Just Got Back from Seeing ‘Avengers: Endgame’ and…”