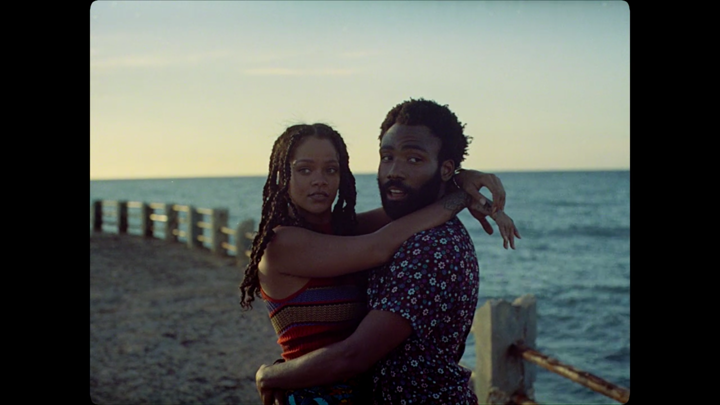 Last year, I remember reading that Donald Glover aka Childish Gambino and Rihanna were in Cuba working on a super secret film project.  I hoped they were shooting a music video with a similar vibe to “Telegraph Ave. (‘Oakland’ by Lloyd)” for the track “Saturday” (the song Gambino performed on SNL when he hosted last May) or perhaps for a duet they recorded.  As time went on and a few more (but not many) details about the project came to light, it was clear that the finished work would be a lot more ambitious than that.

Fast forward to this past Friday (Apr. 12, 2019), it was revealed that Guava Island was actually a feature length film, and it would premiere during Childish Gambino’s Coachella set.  For the people that weren’t fortunate enough to snag a ticket to Coachella this year (me), the film became available to stream on Amazon.com for 18 hrs., as well as You Tube, staring 12:00 AM PST on Sat. Apr. 13.  After 18 hrs., the movie would only be available to Amazon Prime subscribers (also me).  As most of y’all know, I fell in love with Childish Gambino last year.  With his insane multi-talent (he’s a writer, comedian, singer, rapper and actor), and his phenomenal career in entertainment, this man could do no wrong in my eyes.  So, it should be no surprise that I woke up in the middle of night on Friday (which was technically Saturday morning) and checked out Guava Island for myself. 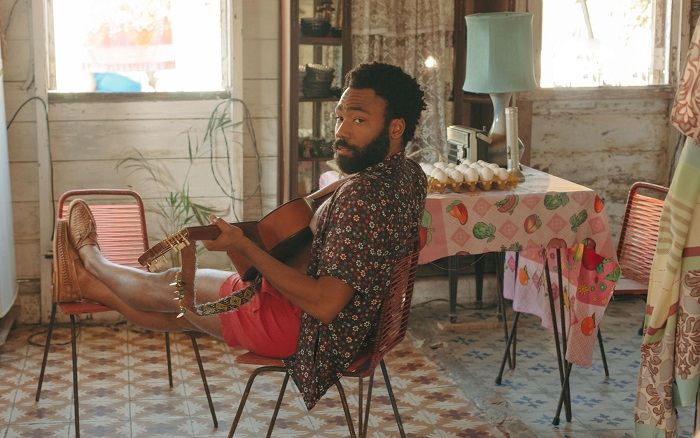 Guava Island tells the story of Deni (Gambino) and Kofi (Rihanna), a young couple that live on the titular Caribbean island (I’m assuming it’s Caribbean, considering most of the people there are black and half of them speak Spanish).  Guava Island is beautiful, but po’—and yes, I meant to say po’—thanks to industrialist Red Cargo (played by my boy Nonso Anozie, who’ll always be Renfield from Dracula to me).  Red’s family took control of the island a long time ago by making a profit off the blue silk produced by the island’s silkworms, and as Red became richer, the other inhabitants of the island became poorer, being forced to work day and night for peanuts on the docks or in sweatshops.  Deni, who is a local musician, hopes to bring the island together with a music festival, but Red’s greedy ass isn’t feelin’ that concept.  The festival is supposed to take place on a Saturday night, and Red knows that if everyone’s having fun all night on Saturday, they won’t get up and go to work on Sunday, because God forbid these folks actually have a day off.   With that being said, Red pays Deni with 10 G’s to make him cancel the festival.  What will Deni do?

Guava Island was written by Stephen Glover (Donald’s brother) and directed by Hiro Murai (who also directed the “This Is America” video), both of who whom work with Donald on Atlanta, which tells you that this film won’t have your typical ending.  The film was described as a thriller with elements from the Brazilian film City of God and Purple Rain.  I personally have to disagree with that assessment.  The movie has the aesthetics of City of God, due to the grainy picture and tropical setting (plus, the characters are in abject poverty, much like the ones in City of God), but that’s about it.  The film is a musical like Purple Rain, but the difference is Prince’s film debut had more of a semi-autobiographical feel (like 8 Mile, which most folks have deemed the “hip-hop version of Purple Rain“), whereas Guava Island doesn’t have that same effect, and it shouldn’t, considering that Deni has very little in common with the real Childish Gambino.  As for Guava Island being a thriller, the last few moments were pretty tense, but if that alone makes it a white-knuckle type movie, you might as well say Under the Cherry Moon is one as well, considering Christopher Tracy and Tricky spend the last 20 minutes running from goons and cops.  I know, I’m using a lot of Prince references today.

This isn’t to knock the film, however.  Despite disagreeing with Gambino’s perceived vision of it, I really enjoyed it.  In my opinion, Guava Island is a cute, extended music video (the film runs at about 55 min.) with a beautiful message.  The animation sequence used in the opening credits and the start of the film was especially adorable.  It reminded me a lot of The Princess and the Frog.  A lot of people were upset that Rihanna didn’t contribute a song to the venture, and although that would’ve been great, I can’t say that I was disappointed.  There were so many Gambino tracks to enjoy—new and not-so-new—that I was in hog heaven regardless.  Some of my favorite Childish Gambino songs were included in Guava Island, such as “This Is America,” “Summertime Magic” and “Feels Like Summer,” and nearly all of them were performed as musical numbers.  I loved it.  The acting was on point as well, but with the cast appointed to the film (which also included Leticia Wright, who plays Shuri on Black Panther), that was to be expected.  The only real issue I had with the movie is that it was supposed to be on a remote island in the Caribbean, and nearly everyone had an accent…except Gambino.  Right before the “This Is America” musical number begins, one of Deni’s co-workers mentions migrating to the US for a seemingly better life, and Deni immediately shuns the idea, all the while, speaking with an accent that’s as American as apple pie.  Right.

Y’all, this film was really good for what it was.  Unless you have an Amazon Prime subscription like me, the 18 hr. window of opportunity to see it has since passed, unfortunately.  However, in this age of technology, I’m sure there’s some other ways to get around the limited screening time to see the movie.  My advice is to try to check it out any way you can; no judgment.  Guava Island is like City of God in visuals only, and all it has common with Purple Rain is the fact that there’s music throughout the film, and it doggone for sure ain’t no thriller per se, but it’s still a great way to spend an hour.  Plus, Gambino and Rihanna make a cute couple.  😃❤️

Have you seen Guava Island yet?  What did you think of it?  Did you see it at Coachella during Gambino’s set, or did you stream it at home?  Did it put you in the mind of Purple Rain and/or City of God?  Did you like the musical numbers?  Let me know in the comments section!