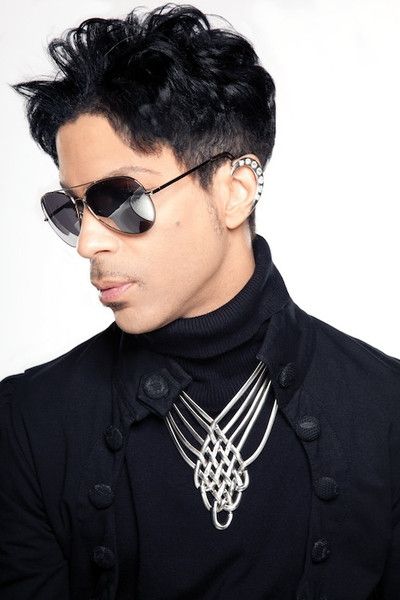 Anyone that’s ever known me personally for the last 20+ years, knows how much I loved Prince during my early teenage years.  I pretty much grew up on Prince, and he was always a constant in my life, but when I was 12 years old, my mother bought The Hits 1 and The Hits 2.  My mother had loved Prince ever since she was in college (they’re only a year apart in age, actually), so she listened to The Hits 1 constantly for the next few weeks whenever she came to pick me up from school (she bought The Hits 1 as a cassette, and The Hits 2 as a CD…and the car only had a cassette tape player.  We could only listen to CD’s in the house.  #90sIssues).  One day, while playing The Hits 2 on my mom’s stereo, I listened to “Raspberry Beret.”  Although I didn’t quite get the lyrics—I think I was in high school when I finally realized it was about a young man losing his virginity—I fell in love with the song, and with the man singing it.  Later that week, I sat up one evening and listened to the entire Hits 2 CD and heard classics like “Sexy MF,” “Do Me, Baby” and “If I Was Your Girlfriend” for the first time.  My life changed that night.

Prince became my world.  All I could talk about, or even listen to was him, much to the annoyance of my friends and family.  I watched Purple Rain every chance I got.  Unfortunately, I had to compete with my grandmother’s obsession with the OJ Simpson trial (only one VCR in the house back then and it was in the living room…#90sIssues), but I still managed to get my daily fix of the movie.  To this day, I can still quote most of the lines.  I even managed to get on my mother’s nerves with my infatuation.  By the time summer rolled around, she made it a rule to listen to R. Kelly’s 12 Play album in the car instead of The Hits 1 (which I’m also grateful for in hindsight, but that’s another discussion).  That was okay, though…because I started bringing my walkman with me on trips, and Prince’s music was always in rotation.  When I graduated from junior high to high school, and from walkmans to discmans, I made sure that my Prince CD’s went everywhere I went, whether it was a band competition or a trip to the closest mall.  As a matter of fact, the first album I ever purchased in life was Prince’s Come CD.  It may not have been his best work, but I loved it.

Prince opened my mind up to things that I never really thought about.  A lot of his songs had deep messages concerning politics, religion and even incest, like “Annie Christian,” “Controversy” and “Sister.”  Then there was Prince’s favorite subject for the majority of his songs:  sex.  My mother didn’t really need to have the whole birds and bees conversation with me, because Prince basically taught me just about everything about sex.  Thanks to tracks like “Jack U Off,” “Orgasm” and “Head” (learning the meaning of “Head” was a particularly memorable experience), I was damn near an expert on what goes on in the bedroom…although I wasn’t actually doing any of it.

As time went on and I became older, my infatuation for Prince lessened, as it sometimes tended to do with my early fantasy men (I wanted to marry Prince at one point in time.  I couldn’t stand Mayte for a while).  However, I never stopped loving Prince or his music, and he always kept a place in my heart.  After the clock struck 12:00 AM on New Year’s 1999, the first thing I did was run to my bedroom and play the eponymous track.  Back in 2004, I made it my business to buy the Musicology album, and between spring and summer, I listened to it every day going to work and coming back home.  When I finally upgraded from a CD player to my beloved IPod, I dedicated an entire playlist to Prince.  To date, I have about 65 of his songs on my IPod, which makes him the second most featured artist on the MP3 player.  The first, of course, is David Bowie.  When Prince played at the Essence Music Festival in 2014, I wanted to go so badly, but financial restraints kept me from making the trip.  I wish I had gone.  I wish I could’ve seen or met Prince at least once.

I still can’t believe he’s gone.  I can’t even imagine a world without him.  He was such a beautiful man, and I don’t mean just in terms of looks…although he was a pretty damn good looking man, too.  He was 57 years old and barely looked a day over 30!  But seriously, I mean that Prince was beautiful with his immense talent.  The man could sing, dance, write his own songs and played up to 16 instruments.  He was beautiful with his creativity and his work ethic.  Prince has so many unreleased albums, it’s ridiculous.  For any of my readers that live near Columbia, SC or Charlotte, NC, I highly suggest you visit the local Manifest Discs & Tapes aka the best record store chain on Earth.  The selection of Prince imports will astound you.  I used to be in hog heaven just staring at the unreleased CD’s all day.  One of the greatest things about Prince was that he was fearless.  He did what he wanted to do, the way he wanted to do it, no matter what anyone else said or thought.  My mom always loves to say that she loved Prince back when it was unpopular to do so.  Hell, circa 1994, being a Prince fan didn’t win me a ton of popularity amongst my junior high classmates due to the fact that a lot of people didn’t get him.  I believe Prince liked it that way.  He wanted to remain enigmatic to keep people guessing, and he succeeded.  Throughout his career, he didn’t really put himself out there to the media until very recently, and even then, you’d only see or hear from him on rare occasions.

So whether you loved him for his music, his movies, his dance moves, his fashion or his flamboyancy; whether you knew him as little Prince Rogers Nelson that grew up down the street, Jamie Starr, Alexander Nevermind, Camille, the Purple One, His Royal Badness, or that damn unpronounceable symbol that I never liked (sorry, y’all), honor him.  Love him or hate him, you have to admit that he was a genius; a mastermind that brought joy and beauty to people for nearly 40 years.  Thank you, Prince.  Thank you for your life and your talent.  Thank you giving us the gift of your music.  Thank you for making our lives just a little bit brighter with your presence.  Thank you for providing a girl from South Carolina so many wonderful memories.  Thank you for being you.  I love you.