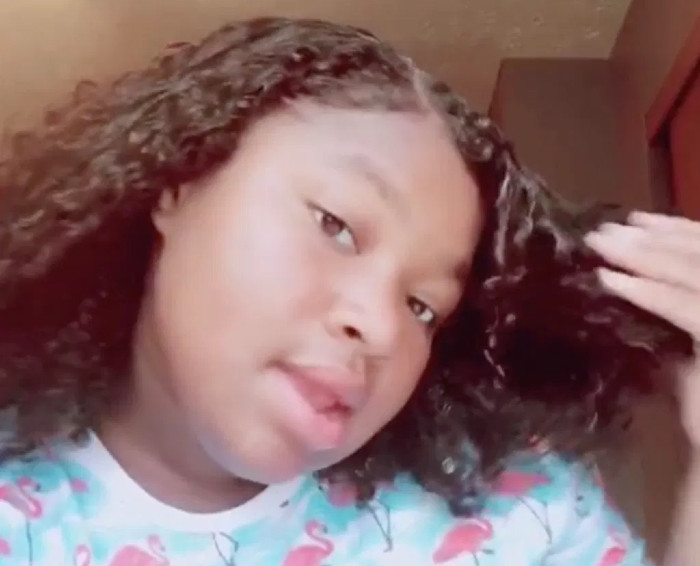 I breathed a sigh of relief when I learned that Derek Chauvin, the police officer that killed George Floyd, was found guilty of all three charges against him. Unfortunately, my brief moment of satisfaction soon turned to further shame and anger when I learned that very same day, a black child was killed by a policeman. This time, it was 16-year-old Ma’Khia Bryant, a girl from Columbus, OH that was shot four times during an altercation.

I saw the bodycam footage in its entirety on YouTube, and all the comments were the same: “She was so peaceful and loving with that knife,” “That shooting was justified,” “She slashed her way to the honor roll,” “The cop that shot her saved a life and he’s a hero,” etc. Now, I have to be honest and call a spade a spade. By the time the police showed up, the scene was absolute bedlam. The officer spotted Ma’Khia brandishing the knife, getting ready to attack one of the girls on the scene, and he reacted. Many believe that Ma’Khia brought her death on herself, but as further developments arise, it appears that there were many other variables—other than the cop and Ma’Khia being armed when he arrived—that led to her untimely demise.

We all know that Ma’Khia was a child in the foster care system. What many people don’t know is that the foster home she lived in was rife with drama. According to The Associated Press, there were a number of complaints against the home—at least 13, to be exact. One report came from Ma’Khia’s own sister, who asked to be placed in a different home after getting into a heated argument with Ma’Khia herself (what caused the argument between the two girls remains undisclosed). Some of the other reports included children running away from the foster home, and one of them even threatened suicide if she wasn’t allowed to leave. Two short weeks before Ma’Khia’s death, a 13-year-old ran away from the house.

Another aspect of this case that some people don’t realize is that the two other girls involved were not peers in her age group. They were both adults in their 20s. The two women fighting Ma’Khia were former foster children themselves, and the day of the shooting, they had words for the teenager about cleaning the house. This argument boiled over into a full-out brawl, and although Ma’Khia’s foster mother admitted that Ma’Khia never got along with the two girls, for some strange reason, she left them all alone together.

Many say that the first 911 call was made by Ma’Khia herself, but there’s no proof of that. What I do know is that the young lady on the other end of the phone said, and I quote, “Come up here! It’s these grown girls over here trying to fight us! Trying to stab us! They’re [trying to] put hands on my grandma! Get here now!” “These grown girls”? Why would women in their 20s even entertain the idea of fighting a 16-year-old? Also, the 911 call, as well as the CNN article, suggest that the women involved instigated the fight, not Ma’Khia. Not only that, the young lady stated that the women were trying to stab them. Perhaps that’s the reason Ma’Khia herself was armed with a knife?

As I said before, by the time the cops arrived, the scene was full-blown chaos. Screams could be heard from down the street. The neighbors were standing around watching the commotion. There was a gentleman standing near the melee that took an opportunity to kick one of the women in the head. Many say that this man was Ma’Khia’s father. By this time, Ma’Khia had the knife and came at both of the girls, and that’s when the police officer opened fire. I get that he had to make a split-second decision, but at the same, I feel like he could’ve handled it differently.

I got into it with someone on Twitter—whom I assume is a cop, judging by his/her profile picture—about this situation, and he/she swore me down that I “only care about certain black lives,” and I “wasn’t concerned about [the girl in the pink sweatsuit’s] life.” I had to check this person and let him/her know that wasn’t true. It’s not that “only some black lives matter” to me, it’s the fact that I honestly believe there could’ve been a way to diffuse this situation with zero casualties.

First off, the cop didn’t announce himself when he arrived on the scene. He did yell “Hey!” and “Stop!” but he didn’t identify himself as a police officer. Secondly, when Ma’Khia came at the girl with the knife, he could’ve either a) tried to tase her or b) fired a shot in a non-lethal area of her body. She was 16, so I honestly believe that would’ve taken her down. Either way, four shots in the girl’s chest weren’t needed.

I recently read an article from ABC 6 On Your Side, Columbus’s local news station, about how policemen are trained to use deadly force. According to the policemen interviewed, deadly force is met with deadly force, and since tasers aren’t always reliable, they have to use their guns in extreme cases. However, they also mention a scenario where a taser is used on a woman that has a knife because there’s space and time to use the non-lethal weapon. Now, I’m not a cop, and I’ve never been in these types of situations, but judging from the bodycam video, there was still a small window to use the taser on Ma’Khia instead of the gun. The article also states that the cops don’t shoot perps in the leg because it may not stop them, but again, we’re talking about a 16-year-old girl. Nine times out ten, a leg shot would’ve brought her down. Even if the cop believed the leg shot wouldn’t work, I’m sure a shot in the shoulder would have. I can’t dispute that Ma’Khia had a lethal weapon with intent to cause deadly force, but I still don’t understand why people justify four shots being fired. For those of you that still think there was no other way to diffuse the situation, there’s a video on YouTube of a police officer in a similar set of circumstances. In this case, the perp had a knife, stabbed the cop in the neck, but still managed to be taken to jail quietly.

It’s not just the cop’s reaction that’s questionable. I also have to side-eye the system. If there were constant complaints coming from Ma’Khia’s foster home involving different children, why weren’t they investigated sooner? Why would the foster mother leave her former foster children and her current foster child alone, knowing that they didn’t get along? Dr. Stacey Patton wrote an article for theGrio.com, in which she speaks on her life as a child in the foster care system. She relayed incidents with abusive foster parents, ever-present bullies, and constantly being in survival mode. Dr. Patton even mentions that she once beat a female antagonizer with spiked track shoes and hit a boy with a metal footstool after he physically and sexually assaulted her. It makes you wonder…was Ma’Khia going through the same thing? Is that why she was in so much rage that she didn’t seem to even notice the police pull up?

I also have to look at the adults. If the gentleman in the bodycam video was indeed her father, joining in the fight instead of trying to bust it up was extremely irresponsible and did a lot more harm than good. According to ABC 6 On Your Side, Ma’Khia’s files were full of abuse and neglect cases, all dating back to when the girl was a toddler. When the reporters tried to investigate the case further, they noted that the files were heavily redacted. Again, this goes back to the flawed foster care system that this young lady had the misfortune of being raised in.

When I first heard about this shooting, I figured it was just like any other case where a cop shoots a black man or woman. Although I still believe the officer’s reaction was excessive, I see that my feelings were myopic. As it turns out, there’s plenty of blame to go around for Ma’Khia’s death. This poor child was set on a path for destruction long before the policeman fired four rounds into her chest. There’s no telling what Ma’Khia would’ve gone on to be or what she would’ve done if she had the right guidance and support to lead her in the right direction.

So what’s your take on Ma’Khia Bryant’s death? Do you feel like there’s many aspects that attributed to her being shot, or do you think it’s just a simple case of a girl that was armed with deadly intent? Do you believe the shooting was justified or was it excessive force? Do you think her foster mother should’ve made sure Ma’Khia and the other girls’ argument didn’t escalate any further, or was she right to leave them alone? Were you or someone you know a child in foster care? What was it like? Let me know in the comments section!