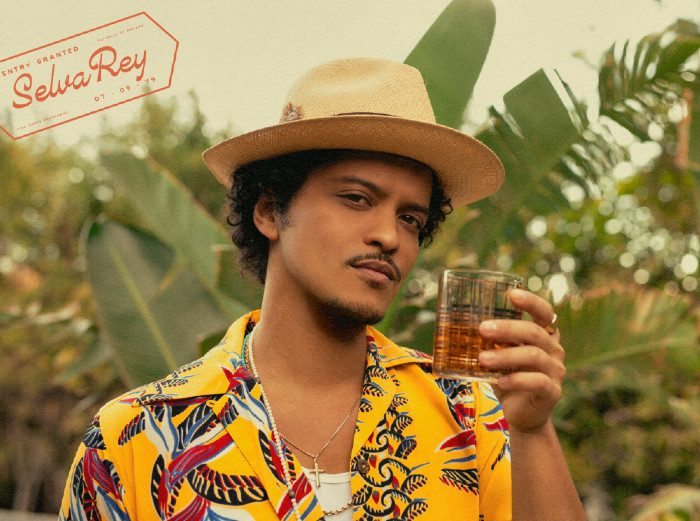 So, while I was getting ready for work this past Thursday (Feb. 11, 2021), I checked my Twitter feed and found the following tweet:

Naturally, my first thought was, “What the hell is going on? Who would think that Bruno would need his/her money?” After all, according to several sources, Bruno’s net worth is a whopping $175M!

Anyway, as the day progressed, I learned why my girl from the Bruno’s Ladies Club posted the tweet. It turns out that a 63 year old woman was communicating with someone she believed to be Bruno for the last few years. Apparently, she and “Bruno” were in an online relationship, and even she sent him a total of $100,000.00 during that time for “tour expenses.” Lord…

It was recently revealed that the page was fake and the woman was swindled out of her money by two Nigerian men, Chinwendu Azuonwu and Basil Amadi.

I believe it’s safe to say this poor lady got…

Anyway, these philandering fools ended up being branded Donkey of the Day for this stunt, and it was well deserved.

There’s some people who believe the woman should’ve also gotten Donkey of the Day for being so easily misled. Now, if this were a woman my age or anyone under the age of 50, I’d agree. However, this lady is 63—older than my mom—and most folks 60 and older aren’t too savvy when it comes to fake internet profiles. So, to all my more mature ladies and gents, I’m going to give some tips on how to spot a fake celebrity profile, so you can avoid being swindled like this poor woman.

First of all, if you find yourself in an “internet relationship” with a famous celebrity—and you still have yet to see said celebrity in person—you may want to do a little background research on that person first. Remember, Google is your friend! If this lady had done a little bit of digging, she would’ve learned that Bruno’s off the market. He’s not married, but he is in a serious long-term relationship with model Jessica Caban, who makes sure to show her sexy man off on her Instagram page:

Allow me to reiterate that Jessica is a model, and on top of that, she and Bruno have been together for 10 years. Let that sink in. I doubt if they’re breaking up any time soon. I know, that’s heartbreaking for everybody. 😭😭

Secondly, celebrities’ social media pages are usually verified. Whenever you want to make sure a celebrity’s page is real, the first thing you want to look for is a check mark by his/her name. On Twitter, it’s a white check mark:

Rock has 217M followers, but only follows 396 people (which is a lot for an A-lister). Celebrities almost always have a higher number of followers than the number of people they actually follow. That’s due to the fact that the page we see is public and is mainly used to allow fans to take a peek at their lives and promote projects they’re working on. If they want close friends and family to follow them exclusively or vice versa, they set up a separate private page. Also, folks making power moves—like Bruno—don’t have time to see what other folks are doing on social media all day. Yeah, they’ll scroll Twitter and Instagram every now again, but for the most part, they’re too busy to hit up the #Caturday tag every weekend or drag anyone and everyone that has the gall to criticize Avengers: Endgame (God, those folks irk me).

In comparison, check out this fake Dwayne Johnson page one of my followers created (I’m sorry to put you on front street boo, but I have to prove a point):

I have to keep it 100…when I first got the notification that Rock himself was following me, I jumped out of my skin for about two seconds (at the time, the page was an exact replica of Rock’s), and then quickly came to my senses and figured the page was probably fake. When I checked the page out, it confirmed what I already knew.

Look closely. There’s no check mark by his name, and he’s following 1,191 people, but only has 136 followers. Dead giveaway. You have to be on the lookout for other little things as well, like for example, this page claims “Rock” just joined Twitter in Dec. 2017. Rock’s been using Twitter a lot longer than that. Then there’s the suspect @therock8637 Twitter handle. Celebrities almost always use the name they’re known for and don’t have to create a variant for it (sometimes, there’s a few exceptions, like Bruno’s lady had to use the name “officialjessicacaban.” However, her page is verified). I remember hearing the Nigerian men used the username “brunoman” for their phony social medial pages. No, baby. Bruno’s actual stage name is on all his social media, as I’ve shown you. With that being said, make sure the name doesn’t replace the letter O with a zero (i.e.: BRUN0 MARS; DWAYNE J0HNS0N), or contains underscores and/or numbers in the user name or Twitter/Instagram handle (i.e.: Bruno_Mars85). Again, celebs usually have first dibs on their own names and don’t have to make variations.

Last, but not least, if a celebrity starts asking for money, this is a red flag to stop communicating with this person immediately. A man that’s had a successful decade long career, writes and produces for the biggest names in the industry, has three hit albums, and 11 Grammy wins wouldn’t need $100,000.00. And that mess about needing the money for “tour expenses”? No, honey. That’s what the label and Bruno’s management team are for. They handle the expenses for his tour, and that money is recouped with the ticket sales, which by the way, range from $200.00 to $2,000.00. Also, Bruno pretty much stopped doing concerts once the pandemic hit (which ruined my chances of possibly seeing him at the Essence Festival for my birthday last year), but considering that he already has $175M at home and a Disney project in the works (not to mention his SelvaRey rum line), I’m certain he’ll survive. Like my girl said on Twitter, Bruno don’t need no money.

In conclusion y’all—and in all seriousness—please be careful on the internet. Everyone out there isn’t your friend, and when it comes to things like this, you have to use discernment. Doing your proper research won’t hurt anyone and pay close attention to any red flags. I sincerely hope this lady is able to get her money back. Bruno, hit her up with some free tickets to your next show once this damn pandemic is gone.