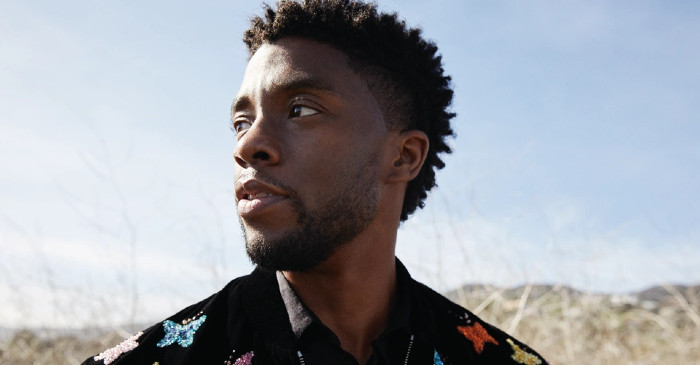 I first saw Chadwick Boseman in the film 42, depicting Jackie Robinson during his early years with the Brooklyn Dodgers. Chad’s performance had me glued to the screen, and with me being the nerd I am, I had to find out more about this newcomer that had such brilliant acting chops. One of the coolest tidbits I learned about Chad was that he was from Anderson, SC. For those of y’all that don’t know, Anderson is only a few minutes away from my school, Clemson University. As a matter of fact, my homegirls and I used to visit Anderson all the time to either hit the mall or the movie theatre. Great city.

I next watched Chad play James Brown in the biopic Get on Up. I didn’t care for the film itself too much, but I loved Chad’s performance. He definitely embodied James Brown. Over the years, I noticed that he personified every character he played, so much so, that there were times I’d see him in a movie and forget who he was. Then, in the spring of 2016, Chadwick debuted the role of a lifetime: King T’Challa aka Black Panther.

Chad first played T’Challa in Captain America: Civil War, and although he was initially on Tony’s team and was dead set on stopping Cap and Bucky (Bucky especially), I couldn’t dislike the guy. After all, in the long run, he wanted justice and to avenge his father’s death. Plus, he was too affable and handsome to dislike. 😀

I loved the character of T’Challa even more when Black Panther was released. He proved to be a man that possessed not only physical strength and prowess, but great empathy and compassion for his people, his close friends and family. The best thing about Black Panther was that it showed black people thriving in a functional society. It proved that we’re more than just entertainers, athletes, dope dealers, pimps, and hoes. Black Panther depicted black people as politicians, scientists, and stragetists. It showed what the beauty of Africa could’ve been, had it not been torn apart by the slave trade and colonialism. I’ll always adore Chadwick Boseman for bringing T’Challa to life for us. I realize he’s not the sole reason Black Panther came to be (we also have to thank Stan Lee for being progressive enough to bring this story to the masses), but he helped tremendously, and I’ll forever be grateful.

Plus, if Chad never played T’Challa, we never would’ve gotten this piece of comedy gold:

Little did I or anyone else know that while Chad was providing so much joy to our lives, he was privately suffering in his own. In 2016, Chadwick was diagnosed with stage III colon cancer, and it later progressed to stage IV. Despite the numerous treatments and surgeries he went through, he never stopped working. I admire the fact that Chad’s work ethic never ceased, even though he was going through so much regarding his health. Sadly, Chad succumbed to his illness this past Friday (Aug. 28, 2020). To lose someone as talented as he is a great loss to everyone. Rest in power, king.