When I first started my social distancing about three weeks ago, I immersed myself in Netflix titles like The Trials of Gabriel Fernandez and Self Made:  Inspired by the Life of Madam CJ Walker.  It took no time at all to binge watch those shows, and soon enough, I found myself browsing through my Netflix account again when I came across Tiger King:  Murder, Mayhem and Madness.  The trailer featured of a clip of an employee getting mauled by a tiger and zoo owner Joe Exotic lamenting on how he would never recover financially from the incident.  I knew right then that I had to watch this docu-series.

Joe’s G.W. Zoo—as it’s more commonly known—is bootleg as all hell, chock full of drama (including the aforementioned mauling and an arson incident that may or may not have been committed by Joe himself) and his loyal employees are paid peanuts while living in abject poverty.  I kid you not; they had to dig through a garbage bin full of expired meat from Wal-Mart—the same meat the tigers have to eat—to get a decent meal.  There was a point in time where Joe opened up a pizza parlor at the zoo using the same expired meat to make the toppings.  Yum.

The only thing crazier than Joe’s zoo is his personal life.  During the years director Eric Goode filmed the documentary, Joe had two husbands at once:  John Finlay and Travis Maldonado, both of whom were 19 years old when they first met Joe.  Joe, on the other hand, was 21 years John’s senior and 32 years older than Travis.  As the documentary delves deeper, it’s revealed that Joe’s love life is even crazier than the viewers initially thought.  I’ll let the few of you that haven’t seen the docu-series yet find out how deep the rabbit hole goes.

Another private zoo owner featured in Tiger King is Bhagavan “Doc” Antle.  Doc Antle runs the TIGERS Wildlife Preserve/Myrtle Beach Safari in Myrtle Beach, SC, which isn’t too far from my neck of the woods.  Doc Antle’s park is much more sophisticated and organized than Joe’s G.W. Zoo, and I was actually thinking about going there once this damn virus abates, but three things stomped that idea out of my head.

First of all, the price of admission is ri-damn-diculous.  The cheapest tour is $339.00 per person (see the tour prices for yourself on the Myrtle Beach Safari website).  Second of all, the documentary reveals that there’s allegations of Doc Antle euthanizing the animals once they reach a certain age.  Third, and most importantly, the second installment of Tiger King provides another interesting revelation of Doc Antle’s zoo:  it’s a sex cult that rivals R. Kelly’s.  Most of the zookeeper’s “wives” started working at TIGERS when they were as young as 17 years old.  The women work insane hours and were apparently asked to perform sexual favors. 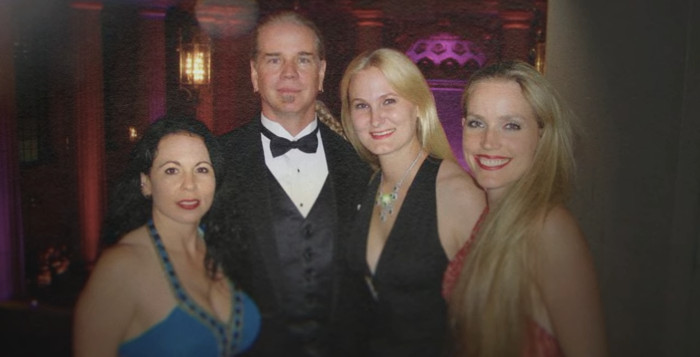 Last but not least, there’s Carole Baskin.  Carole is an advocate for animal rights that runs Big Cat Rescue, a sanctuary for large cats.  Carole’s mission is to stop cub petting, exotic animal breeding, keeping lions and tigers in captivity and to put an end to private zoos such as TIGERS Wildlife Preserve and G.W. Zoo.

I guess you can say that Carole’s the heroine in this crazy story, fighting for the greater good, right?  Ehhh…I wouldn’t go that far.  As the documentary progresses, we see that Carole’s “sanctuary” isn’t that much better than Joe’s zoo.  The cats are still being held in captivity, Carole charges people to see the cats, and many of her workers aren’t compensated (the sanctuary has volunteers that apparently have to work for at least five years before they can earn a profit).  Carole doesn’t even know who most of her employees are.  There’s also a dark secret looming over Carole’s head that Tiger King dedicates an entire episode to.  Again, I won’t say what the secret is.  I’ll let y’all watch the installment for yourselves and formulate your own opinions.

Interestingly enough, I did some additional research and learned that Carole released a statement on the Big Cat Rescue website, refuting her negative portrayal in the documentary.  There’s even a page on the site that explains why the tigers can’t be released in the wild and have to remain in the sanctuary.  Is Carole telling the truth?  Child, who knows.

What’s clear is that Carole’s mission to shut down private zoos and pass the Big Cat Public Safety Act painted a target on her back.  She’s seen as an enemy by all the private zoo owners, namely in Joe’s eyes.  Joe waged a public and downright ugly battle with Carole and he even recorded a diss track about her.  They apparently get crunk in the country music community, too.  After years of name calling, overt threats, and a lawsuit that put Joe’s zoo in jeopardy, the authorities got wind that Joe allegedly paid to have Carole killed and they arrested him.  Yes, you read that correctly.

I know what y’all are thinking:  “You spoiled the documentary!”  Honey, I didn’t spoil a damn thing.  There’s a ton of crazy characters and situations that I didn’t even mention.  If I had, this post would be about the length of War and Peace.  The reason this docu-series stirred up so much internet buzz over the last few weeks is because it’s so bizarre, intriguing, and full of unexpected twists and turns that you can’t get enough of it.  I was glued to the TV for a day and half binge watching the 7 episodes that comprise this series, hence part of the reason I’m so late writing this review (I was supposed to be finishing a blog post and starting another one when this first aired on Netflix, but I couldn’t stop watching Joe and his people act a damn fool).  I learned a lot watching Tiger King, too.  I didn’t know ligers, tigons, and tiligers existed until I watched this documentary.  I learned a lot about the closely connected and shady world of private zoos, also.  I remember a man in my town opened a private zoo with exotic animals circa 2003, but mere weeks later, all the animals were found dead in the road.  I can’t help but wonder if the animals’ deaths were due to poor maintenance or something more sinister.  Who’s to say?

In case I wasn’t straightforward before, I definitely recommend Tiger King as viewing material during our current lockdown.  If you’re one of the few people that haven’t checked it out as of yet, please do.  It’s not just a documentary.  It’s a doggone adventure.

Have you seen Tiger King:  Murder, Mayhem and Madness yet?  What did you think about it?  What did you think about Joe, Doc Antle and Carole?  Do you agree with people having private zoos, or do you believe that these folks are abusing animals?  Do you think Carole’s sanctuary is just as bad as Joe’s zoo, or is she really helping the lions and tigers?  When it comes to Carole’s big secret, what do you believe?  Let me know in the comments section!

1 thought on “‘Tiger King’: The Most Off the Chain Documentary Ever!”