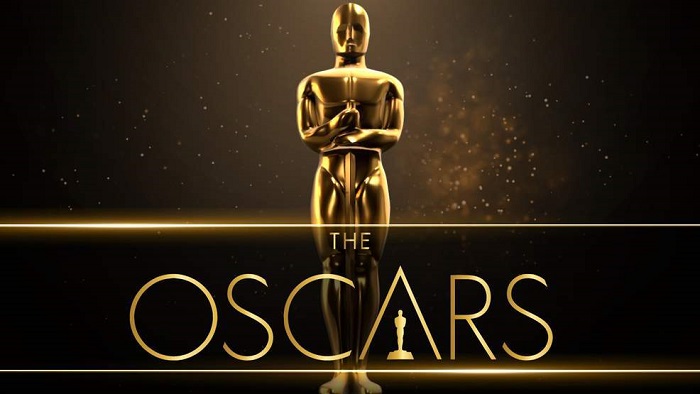 Yeah…I know this year’s Oscars was last week (Sun. Feb. 24, 2019), but y’all know I’m late with just about everything, especially this year (damn sinuses).  Anyway, I watched the Academy Awards ceremony last Sunday, and I greatly enjoyed just about the entire three hour show.  To be honest, it pretty much flew by.  There was even a time I had to miss a few minutes, and you best believe I rushed back as quickly as I could.  With that being said, allow me to run down everything I loved about the 2019 Oscars.  Let’s do this!

The Stars Didn’t Come To Play, They Came To Slay

Just about everyone (except Pharrell) came to the ceremony dressed to doggone kill.  The guests were so glamorous, I felt like I was watching Old Hollywood stars walk the red carpet during The Golden Age.  Here’s some examples in GIF form (can’t really use the red carpet stills thanks to copyright):

As I’m sure you all know, Kevin Hart was asked to host the Oscars this year, but after his past inflammatory tweets regarding the LGBT community resurfaced, he stepped down.  That left the ceremony without a host, but as the late, great Freddie Mercury once said, “The show must go on.”  I was curious to see how the Oscars would fare without a host, and to be honest, they killed it.  There were one or two cringeworthy jokes, but for the most part, everything flowed.  The best part about there not being a host is that there was less time wasted on monologues and more time spent on the nominees and winners.  Also, Queen and Adam Lambert opening up the show was the bomb! 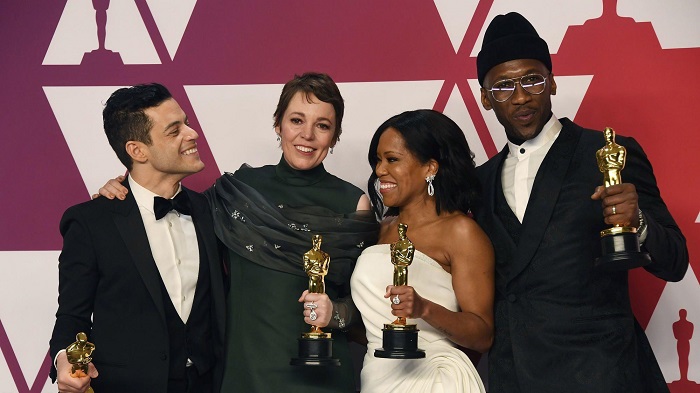 Over the years, mostly Caucasian actors and actresses were honored at the Academy Awards, so much so that the hashtag #OscarsSoWhite was created in protest during 2015.  However, in 2019, the Academy took some steps to include people of all races.  The esteemed Mahershala Ali won for Best Supporting Actor; Regina King, who I’ve been a fan of since she was Brenda on 227, took home the Best Supporting Actress award, and my boy Rami Malek aka Elliot won Best Actor for Bohemian Rhapsody, the first Egyptian-American to do so (more on that later!).  There were also other people of color that took home Oscars such as Alfonso Cuarón, Ruth Carter, and Spike Lee.  Speaking of which…

Spike finally took home a coveted Academy Award after all his years of being a legend in the film industry.  Unfortunately, it wasn’t for Best Director (that went to Alfonso Cuarón for Roma), but he did win Best Adapted Screenplay for BlacKKKlansman.  His mini celebration on stage with Samuel L. Jackson when he heard the news was gold.  I’ve loved Spike Lee ever since I was a small child (Do the Right Thing remains one of my favorite movies), and I was more than happy to see him finally bring the gold home.

Midway through the show, Lady Gaga and Bradley Cooper performed their song, “Shallow,” from A Star Is Born.  Everyone tuning in—including myself—couldn’t help but notice how much chemistry these two had onstage…not to mention the fact that they were miiiiighty cushy with each other during the performance.  Hmmm…  In fact, Gaga and Bradley were so lovey-dovey that the rumor mill started to turn, suggesting that they may be involved in an actual relationship.  Gaga later went on Jimmy Kimmel Live and debunked the rumors.   She even went so far as to say that social media is “the toilet of the internet.”  Burrrrrnnnnnn.

I’ve been a fan of Olivia Colman ever since I saw her on The Night Manager three years ago.  She’s a great actress, but I have to admit that another reason I love her is because she reminds me a lot of a family friend.  With that being said, you can imagine how happy I was when she took home the Best Actress award for The Favourite.  What made the moment even sweeter was Olivia’s speech.  It was was just downright adorable the way she showed admiration for Glenn Close (and how much she hated beating her role model), love for her husband and kids, and she even shouted out Lady Gaga at the end.  You have to see it to get what I mean, so go to the link.

And last, but certainly not least… 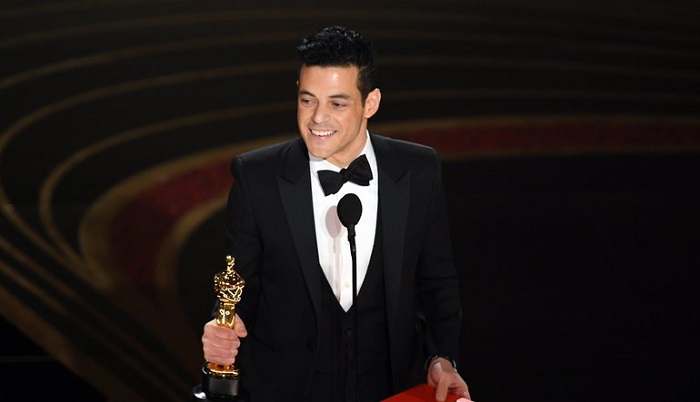 A big reason I watched the awards show this year was to see if Rami would win the award or not, and I wasn’t disappointed.  Despite what all the haters had to say about Rami and Bohemian Rhapsody throughout the awards season (and by the way, the BoRhap hate didn’t piss me off…it actually tickled me), Rami still walked away with a Golden Globe, a SAG award, a BAFTA, and last week he took home the Oscar for Best Actor.  Needless to say, I couldn’t have been more psyched.  As I mentioned earlier, Rami made history, as he was the first Egyptian-American/Arab-American to win an Academy Award.  What made the moment even more special is the smooch Rami laid on his girlfriend, Lucy Boyton, when his name was called.  Wow.

Yeah, my poor baby fell off the stage later that night and folks got a good laugh off of it, but it still doesn’t take away from the fact that he earned the win.  Plus, it didn’t stop him from partyin’ all night.  You go, boy.

Ouch.  I’m just glad that didn’t happen during the show.