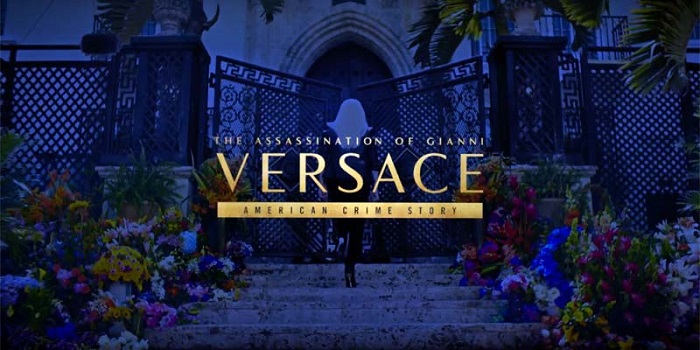 Hey, y’all!  As some of you may know (or maybe not), I’ve posted some articles on other websites, and I recently did one over at ViralHare.com, about American Crime Story:  The Assassination of Gianni Versace.  This show has nearly the entire nation buzzing, including yours truly, and I truly felt the need to put my two cents in about the series.  Here’s the link:

Ugliness Among Beauty:  The Second Season of American Crime Story

This scene was particularly insane.

What do you think about the second season of American Crime Story?  Be sure to let me know in the comments section (or, if you’d like to leave a comment on the site where the actual article is, that’s fine too!)! 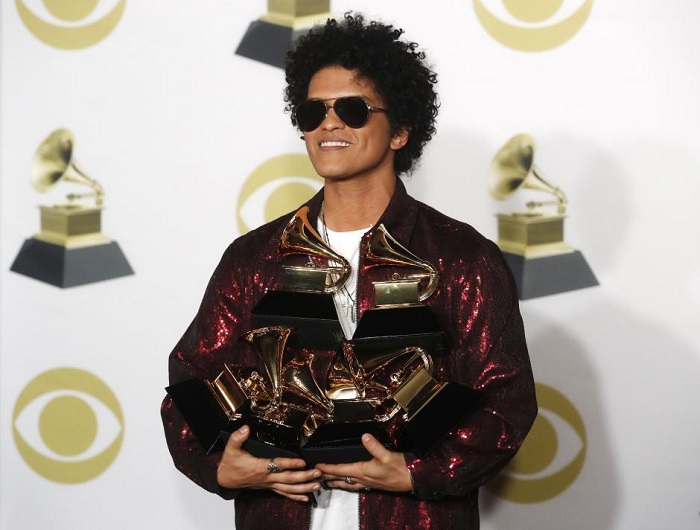 Like most of the free world, I watched the 2018 Grammys on CBS this past Sunday night (Jan. 28, 2018), mainly to see my boo Bruno Mars perform and win the coveted statues.  I wasn’t disappointed.  Not only did Bruno kill his performance of “Finesse” with Cardi B.—I expected nothing less—but he managed to win every single category that he was nominated for, much to my happiness and excitement.  I was so proud to see him looking like Michael Jackson with his glittery jacket, aviator shades, and his arms full of Grammys.  Let me emphasize the phrase that he looked like Michael Jackson—I know some haters out there will twist my words around and claim I said that Bruno is the next Michael Jackson, or that he’s better than Mike.  *Eyeroll*

However, most of the viewers out there weren’t nearly as happy as I was to see Bruno’s hard work pay off.  Oh no, the minute Bruno’s “That’s What I Like” single beat out Luis Fonsi and Daddy Yankee’s “Despacito” for Song of the Year, the Bruno hate became real.  By the time Bruno won Record of the Year and Album of the Year over Jay-Z and Kendrick Lamar, the hate was really real.  #BrunoMars was trending the majority of the night for all the wrong reasons.  It was mostly full of hateful tweets about how Bruno was an overrated artist, his music was cheap and generic (despite you fools jammin’ to it all last year), and that 24K Magic was the least critically acclaimed album nominated, and that 4:44 and DAMN. were vastly superior. How soon we forget…some of these same folks were givin’ Jigga the business when he confirmed on the 4:44 album that he cheated on Beyoncé.  Hell, some of them gave Kendrick the business for buying his little sister a brand new 2017 Toyota Camry as a graduation present.  Even the cultural appropriation bullshit made a comeback, and this time, folks eagerly jumped on the bandwagon.  Wow.

There’s even been articles from reputable news outlets putting Bruno down.  NPR stated that the academy took the “safe bet” voting on Bruno, which I’ll admit, is arguable, given the other artists nominated and the themes they touched on.  However, the statement still undermines Bruno’s skill and talent in my opinion, and that irks me.  Then, a writer for Billboard posted an article that just blows my mind.  Here’s an excerpt from it:

The problem for Bruno is that these are not necessarily the best times for a male pop artist with an endless history of unchecked success to still be succeeding so thoroughly, without making any obvious attempt to engage with the larger themes of the moment. Bruno’s acceptance speeches were hardly ungracious — he shouted out his fellow album of the year nominees for pushing him to be better, and went out of his way to name-check producers Babyface, Jam & Lewis and Teddy Riley, whose precedent 24K Magic would’ve been thoroughly impossible without. But there was no acknowledgment of the larger narratives at play that his wins were feeding into — the snubbing of hip-hop, of foreign-language artists, of women — and indeed, no real acknowledgment of the world outside his own career: his excitements and grievances were all personal and self-contained.

Now, according to this logic, being successful and actually enjoying your success is a bad thing, especially if you don’t mention politics—within your field of work or otherwise—during your acceptance speech (although Bruno’s never been the political type).  Not only that, but while giving the speech, Bruno only focused on his own career, which apparently made him seem like a villain, despite shouting out his influences in the business (all of whom are black, for those of y’all that love to call Bruno a “culture vulture”), and giving praise to the other nominees.  Never mind the fact that it was Bruno’s award, and he was simply relishing his moment.  Never mind the fact that Bruno has zero control over who the panel decides to vote for.  Damn you Bruno, you spoiled, selfish bastard.  *Sarcasm*

I haven’t seen hate this damn undeserved since Rock’s last return to the WWE.  Are Kendrick Lamar, Childish Gambino (aka Donald Glover), Lorde and Jay-Z deserving of the Grammy?  Hell, yeah.  DAMN., 4:44, and “Awaken, My Love!”  were all great albums (I haven’t had the pleasure of hearing Lorde’s Melodrama as of yet, but I do like her as an artist), all with tracks that had heavy rotation in my car during the previous year (by the way, I hated to see that Jigga and SZA were snubbed).  However, there was another album that had an even heavier rotation in my car last year…24K Magic.  Was Bruno just as deserving of the award?  Hell, yeah.  No, Bruno’s album didn’t speak on the politics we face as a society today, but as I said before, Bruno’s never been a political type of guy.  He always says that he makes his music for people to dance and have fun; no more, no less.  There’s nothing wrong with going either route.  Let’s not forget that Bruno has a variety of fans:  black and white, from 8 yrs. old to 80.  Did it ever occur to anyone that maybe that’s why he won every category he was nominated for?

Has Bruno paid his dues for the sweep he experienced last night?  Well, let’s see.  Bruno’s career started when he was 2 yrs. old.  Not 12, not 21, but 2 yrs. old.  In other words, the boy could barely talk, but he was literally on stage performing in shows.

He continued performing well into his teenage years, and when he graduated high school, he moved from Hawaii to California to make a name for himself.  Even after Bruno was dropped by Motown Records at the age of 18—yes, that Motown—Bruno kept working.  He wrote and produced songs, and kept performing until he made it big in 2010, 22 yrs. after he started.  Did I mention that Bruno also plays at least five instruments?  Yeah, those Grammys weren’t deserved at all.  *More sarcasm*

As for the “cultural appropriation” nonsense, let’s just put this on the table now.  I’ve said it before, and I’ll say it again, some of my people are a little too fast and loose with that term.  Some people do deserve it (one of them was actually at the Grammys last night—and it wasn’t Bruno—but I didn’t hear a peep made against this particular person.  I’ll be nice and not name names once again.  I’ll let y’all figure it out), but sometimes black folks have the tendency to say that about anyone that isn’t black, yet loves and performs black music.

Bruno once stated that his biggest influences were Prince, Michael Jackson and James Brown.  His writing partner and best friend is Philip Lawrence, a black man.  There’s videos circulating on You Tube that show Bruno performing R&B songs as a teenager.  As I said earlier, Bruno was once signed with Motown.  The men that joined Bruno on stage to accept the awards for Song and Album of the Year were the production group The Stereotypes, who are mostly black.  The vast majority of The Hooligans (I’m referring to the actual band, not Bruno’s fanbase) are black.  Bruno stood on stage and gave props to the likes of Babyface, Jimmy Jam and Terry Lewis, and as well as Teddy Riley.  Despite all that, folks are still talkin’ trash.  There was a person on Twitter who asked, “[Bruno] likes to party with black folks, but does he ever march for us?”  News flash:  this past summer, Bruno donated $1M to Flint, MI to assist with the water crisis.  Flint is a predominately black community.  Does that sound like someone that respects the culture, or a dude just trying to get over on black folks for his own personal gain?  Save the cultural appropriation title for people that actually deserve it.

I know this rant is long as all hell, but I sincerely hate how people turned on Bruno on the drop of a damn dime simply for being recognized for his great work.  It took Bruno over a year to record 24K Magic, and Bruno’s still working his ass off touring.  He actually took time away from his world tour to be at the Grammys, just for all you haters to run your mouths.  I find it funny that Bruno’s album isn’t worth a damn now, but in late 2016 and all throughout 2017, everyone was bumpin’ it.  It’s even funnier that when Jenn M. Jackson, the writer that accused Bruno of cultural appropriation, made her little tweets dissin’ Bruno this past summer, Black Twitter drug her through the mud and filth.  Now Black Twitter’s turned on Bruno like sour milk, making the same accusations she did.   SMDH.

There is one good thing out of all of this nonsense.  True to form, Bruno is unbothered by the drama and is still walking on air over his big night.  Still yet, I wish that instead of these folks washing down their haters tots with Haterade, they’d drink a nice, tall glass of STFU.

So what do you think about all the Bruno Mars hate?  Is it justified or not?  Did you like 24K Magic?  Did you think 4:44, DAMN., “Awaken, My Love!”; or Melodrama was better?  Do you think that Bruno is guilty of cultural appropriation, or you believe he’s just a dude that loves and respects black culture?  Leave me your thoughts in the comments section!